The Real Food Challenge at The Nourished Kitchen has come to an end. Or it has just begun if you want to look at it that way, which I am. What were the challenges? Definitely the kid’s food. But, I think we made progress. Most of our dinners were “real” and I was able to work in some good lunches (for all except for my youngest who will only eat PB&J). Breakfast no longer consists of cereal- a big hit was fruit shakes with my homemade yogurt, frozen strawberries & blueberries (from last summer), raw honey for a sweetener and either milk or kiefer.

Where did we succeed? I made chicken feet stock, bought my first half gallon of raw milk yesterday, made my own yogurt , I have cut back a lot on the fake foods. I have switched us to whole milk, and have really started thinking about everything we are eating. BUT- here is the craziest thing I have done- chicken liver pate!!!

I made this early in February, for my husband’s birthday party. I figured the more the merrier. We had mixed reviews of the pate. My father liked it, my sister in law did too, but I think that was it. I was not a big fan. Having never had liver before, I don’t know what I was expecting but it was very rich and dense. It was also grainy, which is a texture I am not very fond of. It might have been partly because I had to use dry herbs. I think I will try it again in the summer when I have fresh herbs to see if that makes a difference. I’ll have to have Lisa over again because she was the only one really eating it…

I used The Nourished Kitchen’s recipe, found here. She talks about how what good stuff liver is- high in B vitamins, folate, Vitamin A, and micro nutrients. Here is how I had to adapt the recipe for what I had here in the house.

Method:
Rinse chicken livers gently, drain them and set them in a bowl. They were remarkably clean and had no smell. I was shocked, I really expected them to have a strong smell. 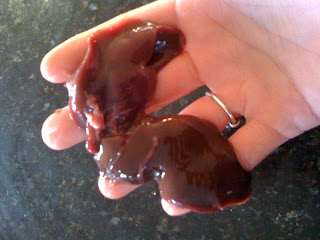 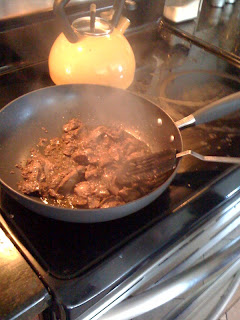 Add the marjoram and deglaze the pan with sherry.
Continue to cook until sherry is largely cooked away. 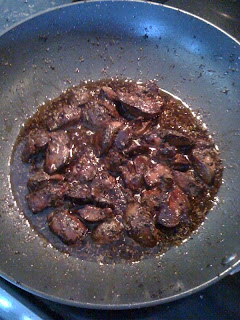 Allow the mixture to cool.

Add mixture and 8 oz of softened butter to your food processor and process until smooth. 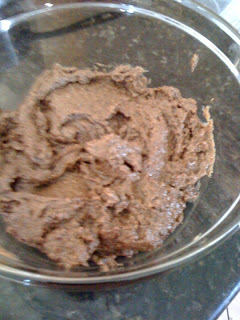 Because everyone was here, we ate it right away. Jenny suggested putting it into the fridge for a few hours and then letting it come back to room temp. She also suggested pouring melted butter over the top which we decided to skip as there was so much butter already.

We had it with water crackers: 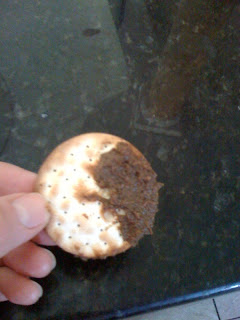 I already told you what we thought about it. If anyone has tried this, I would appreciate any comments/suggestion you have. I will try it again and I should try working it into some other recipe also.

How about you? Made any “real food” changes? Have any suggestions you think we should try next? Having come so far as to make liver pate, I’m thinking now I am open to just about anything. My sister in law and I were laughing as we were making this, how could I be in this place? When she first met me I could hardly boil water! Crazy- but in such a good way. I am very happy to be where we are now.